The first Baltic tribes settled on what is now known as Lithuanian territory in the 7th-2nd centuries BC. Lithuania was mentioned for the first time in Qedlinburg Annals in 1009. The Lithuanian State was formed in the early 13th century when the Grand Duchy of Lithuania was established by the Duke Mindaugas who was crowned the first King of Lithuania in 1253. By the 14th century Lithuania developed into one of the most powerful states in Eastern Europe. For the next two centuries the newly established state had been invaded by the Teutonic Knights, though Lithuania was not conquered. In the 14th and 15th centuries during the rule of the Grand Duke Vytautas the Great, Lithuania was one of the largest states in Europe, extending from the Baltic Sea to the Black Sea. At the same time it was the last country in Europe to accept Christianity. Lithuania progressively entered European culture. 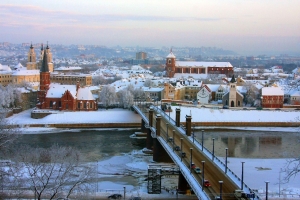 The Renaissance brought marked cultural advances – the first Lithuanian book was printed in 1547, and Vilnius University was founded in 1579. Signing the Union Act in Lublin in 1569, Lithuania and Poland formed a Commonwealth (Rzeczpospolita). After partitioning of the Commonwealth in 1795, Lithuania was incorporated into Russia. For more than a century Lithuania had to fight against the Tsarist oppression when Lithuanian schools, language and press were banned.

In 1918 the Council of Lithuania proclaimed the re-establishment of the Independent State of Lithuania. The Republic of Lithuania existed only for a very short period of time until the World War II. In 1940 Lithuania was occupied and annexed by the Soviet Union and remained under its authority for fifty years. In 1988 a national movement started leading to one of the remarkable historical dates – March 11, 1990, when the Supreme Council declared the restoration of Lithuanian independence. The year 2004 was marked by two significant events for the country – Lithuania joined NATO and the European Union. 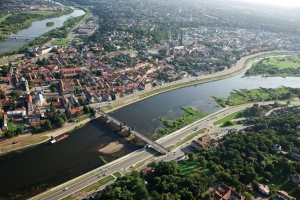 Lithuania is the largest and southernmost of the three Baltic states, having 99 km of coastline by the Baltic Sea. The territory of Lithuania covers 65,300 sq. km and is larger than such countries as Belgium, Denmark, the Netherlands or Switzerland. Lithuania borders with Latvia, Belarus, Poland and the Kaliningrad region of Russia. Forming an extension of the East European plain, Lithuania is a land of outstanding scenic beauty with thousands of lakes, meandering rivers and ancient woodlands. On the basis of the traditionally developed differences in the character, dialect, houses and cuisine of the people, Lithuania is divided into four ethnographic regions: Žemaitija, Aukštaitija, Dzūkija and Suvalkija.

The Lithuanian language is the oldest of the living Baltic tongues and belongs to the family of Indo-European languages. Having formed in the 5th century AD, Lithuanian is rich in dialects and regional accents. The formation of Literary Lithuanian started with printing of the first Lithuanian book in 1547. Lithuanian alphabet is Latin-based and has 32 letters. 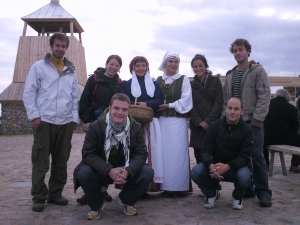